Destroy the Godmodder, usually referred to as DTG1 to prevent confusion, was the first main game of the Destroy the Godmodder series. It was created by TT2000 on December 7th, 2012, and ended nine months later on September 1st, 2013. To prevent spam posts and necroposting, the thread was locked on April 18th, 2014.

The goal of the game was to defeat the Godmodder, a god-like Minecraft player who mastered the art of godmodding and used it so no one could beat him in combat. He began terrorizing a server known as GenericCraft which had just enough players so people would actually care if it was destroyed. The players had to stop him, creating a long and chaotic war that was chronicled by the forum game.

The game was characterized by its frantic and frenetic gameplay full of insane attacks, back-and-forth struggles between players and the Godmodder's forces, and waves of entities that fought each other to try and give a side of the conflict an advantage. Late in the game, a series of challenges were put together by the Godmodder as a gauntlet, a gameplay feature that became a series mainstay.

The game's success spawned an official sequel created by TwinBuilder, Destroy the Godmodder 2.

A list of entities in the game can be found here.

Destroy the Godmodder set up the core gameplay mechanics that the rest of the series would follow. At first, its gameplay was very simple. There were two sides: the Godmodder and the players. The Godmodder had 100 HP and could block nearly any attack sent at him in any number of ways, such as dodging, blocking, setting up decoys, or using a convenient item he happened to have on him. TT2000 warned the players to "[not] expect your attacks to actually work", as the Godmodder could just godmod them away.

Because of this, the players had to use attacks that were so original, creative, or funny that the Godmodder couldn't block them, or exploit certain loopholes in the game's setting (such as an actual Minecraft Forums moderator actually using the /ban command as an attack and the Minecraft Forum's admin being called in to use his powerful Administration Beam).

If an attack actually worked, it dealt very little damage and the Godmodder would make sure that it wouldn't work again. This meant that the players always had to try new ways to defeat the Godmodder, and that it would take many successful attacks before he was actually defeated.

The Godmodder was able to summon entities, additional units to the field that had set HP and could either attack other entities or, if there were none, try to block player attacks from working. The players quickly caught on, summoning their own entities and creating what is now the series' defining aspect: the entity battle. Entities with varying amounts of HP, attack power, and special gimmicks appeared. However, the Godmodder had the ability to mind-control entities to his side and buff them.

To circumvent this, players began charging their entities, delaying their summoning for a set amount of posts to build up power. Any charged entity, for the most part, would be able to successfully block the mind-control and actually function properly. Charging also gave entities large power boosts, depending on how long the charge actually was. Because of the entity battle, actual factions began to emerge. This game only had the main three: Anti-Godmodders, Pro-Godmodders, and Neutrals.

On December 7th, 2012, The Godmodder entered a Minecraft server known as GenericCraft, a roughly small server. His mission was simple: take over the server and make everyone on it rage-quit. However, he received resistance in the form of the Anti-Godmodders, a group of players who were intent on making sure that the Godmodder's plans never came to fruition.

At the same time, The Operator appeared in front of TT2000, the server's owner. The Operator gave TT2000 the ability to become Minecraft's First Guardian and shape the Narrative to direct the events of the war soon to unfold, steering it into a good ending where the players won. With this power, TT2000 created Destroy the Godmodder.

The Godmodder's rampage seemed unlikely to be stopped, but citricsquid, an Admin on GenericCraft, eventually discovered the situation and attempted to defuse it. He unleashed a powerful attack on the Godmodder that should have killed him, but due to outside administration, it only damaged him. However, this showed it was possible for the Godmodder to be beaten; the AGs doubled their efforts.

The Godmodder, to combat, used Terror Mobs, giant Minecraft mobs, in order to attack any further entities the players could come up with. However, these too were beaten by the Anti-Godmodders. Eventually, objects such as the Creepy Dummy popped up, with no real purpose except to be a joke. Soon enough, the battle evolved into a continuous war fought between a constantly replenishing pile of entities.

Some players saw that physical strength might not be enough, and so hacked into the server, creating a Glitch that would self-destruct entities and eventually the server if not stopped. Thankfully, a System Restore was used to patch the Glitch, although it would not be the last time one appeared. Soon after, a nuclear snowball was thrown at the Godmodder, seemingly destroying him.

However, the Godmodder adapted and turned into a hulking monster known as Nuclear Godmodder, who could not tell the difference between friend or foe. This showed that the Godmodder had the power to adapt to nearly any circumstance. Eventually, all the nuclear energy was siphoned out of him, nullifying the encounter, but the server's staff was starting to notice all of the destruction.

After a period of time where Terrors raged throughout the field unabated, a hope came in the form of Death itself, who remained neutral to the conflict. The Anti-Godmodders successfully bribed him to their side, and the Grim Reaper helped hold off the Godmodder's forces. The Anti-Godmodders also found refuge in many powerful entities, such as the Ghost Pirate Bunker and the Fallen Army.

Of course, the Godmodder's many powerful armies, such as the Berserker and Blaze of Rage, were able to combat those forces as well, turning the battle into a seemingly endless stalemate. One player took note of the useless entity battle and sought to attack the Godmodder with a constant stream of Hellkite Dragons buffed with insanely powerful armor, defenses, attacks, and resistance to nearly all forms of attack known to man. Their constant assault would go down in history.

Eventually, the Konami Code was used, which activated a mysterious gateway known as the Mystery Gate. Acting as a sort of bonus sidequest, it was optional, but if not taken, the question of what lied in it would bug the playerbase forever. Knowing this, the players started attacking the Gate, which was the only way to unlock it. However, with its massive HP, this was a tall order.

Due to a player's godmodding powers, the Godmodder was eventually transmogrified into a Squidmodder, a squid with godmodding powers. His diminutive size made him hard to hit, and those who referred to him as the Godmodder would have their attack somehow blocked instantly. After using his size change to sneak inside a Tank and self-destruct it, he returned to normal and summoned a massive fleet of Terrors that was combated by a Level 7 Sentry Gun and, notably, Steve himself.

Also combating the Terrors was Talist's army of complex entities; the first one being the Relic, a massive construct that bent the elements to shape extremely powerful attacks that could reshape biomes at will. However, several armies fought their own, separate battles; the biggest one being a miniature Starcraft war fought between Terran and Prozerg armies.

Thinking that the Godmodder might need a hand in battle, Captain Awesome, a player of the game, went rogue and joined his side, deflecting nearly every attack thrown at the Godmodder himself. This sparked outrage amongst the AGs, who saw it as unfair and overpowered, and thought that Awesome's deflections were mostly illogical. TT2000 eventually phased out his counters, and so Awesome switched back to Anti-Godmodder, and used his Terror Silverfish as a Grace Silverfish, effectively an Anti-Terror.

As such, the Graces, coupled with the already existing Anti-Godmodder forces, became effective combatants against the remaining Terrors. Afterwards, the battle raged onwards, with an ultra-powerful Combatant pitting itself against The Book, a powerful tome that based its attacks off of the pages inside of itself. However, the Godmodder, seeing as there was no conventional method to kill these new entities, charged up beams specifically made to kill them and them alone... These beams quickly took out the AGs' key offense.

After a time, Team Mojang themselves were summoned onto the Battlefield, albeit on the Godmodder's side. Alongside the other PGs, they were able to decimate the rest of the AG's fleet, including the Relic, the Statue, and the Grace Army. As the entities dwindled, the AGs started noticing the Mystery Gate again, and so started to attack that as well. However, with its aforementioned massive HP, they couldn't make much progress at a time...

Of course, the Godmodder could still function very well even without a good supply of troops. This was evident when Arceus, the God of Pokémon, was summoned. He ended up stealing all of the Pokémon's Type Plates that protected it from harm, which killed the hapless god. However, Arceus was avenged by the Death Star IV and its Elite Droideka Squad. With around 450,000 HP in total, they were truly a force to be reckoned with, and also started a Star Wars fleet stationed in Minecraft space, which would return at a later time.

Sylveon, one of the first AGs, was upset about Arceus's death and went back in time to Arceus's former place of residence in order to get him to not go to the Battlefield. After much effort and videotapes, he successfully convinced Arceus to not be summoned, creating a time paradox which resulted in the formation of the Dimensional Monster, which acted as a passageway to other alternate universes that contained other forum games.

The Monster, in essence, repeatedly summoned entities from other games, such as Destroy the Tower. If left unchecked, the whole War would devolve into one giant crossover. These entities were not clouded by bias and became Neutral, meaning that they were much more competent at attacking the Godmodder than the AG entities. This led to the Godmodder also trying to stop the Monster's constant sea of entities as well.

However, the players eventually realized that since the Monster was birthed from paradoxes, solving paradoxes would yield the desired effect: the removal of the Monster. After much yelling and screaming, the Monster and all its summons blinked out of existence to a black hole, gone. At roughly the same time, the Mystery Gate was finally opened, unlocking itself and revealing itself as a Void Gate, which would lead into the space in between universes, the Void.

The players quickly decided a proper expedition was in order, and assembled vehicles, supplies, and volunteers in order to explore what lied beyond the Void Gate. It is at this time that TwinBuilder, the catalyst for the events of the Second Godmodding War, joined the AGs and, in turn, the expedition. After a suitable amount of players had teamed up, they assembled in their ship and entered the Void.

There, they fought through a sort of cognitive gauntlet involving puzzles, sacrifices, and Dark versions of all the players. At the end of the sidequest, the remaining players spoke face-to-face with the Secret of the Void, a cobalt dragon who is as old as time and as big as a planet. He informed them that he would help them in their fight against the Godmodder when they needed it most. Afterwards, all of the players were teleported back to the server, which was the same, sans the Mystery Gate itself.

More detailed summary will go later, but the next events in the game were: 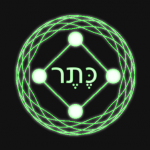