The Sandman Will Keep You Awake - The Loop

The Pro-Godmodders are the antagonists of Destroy the Godmodder. Their goal is to help The Godmodder so that he can carry out his villainous goals. They do so by stopping the machinations of Anti-Godmodders and summoning their own entities to help the Godmodder. 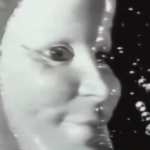