I threateningly begin to demand various things of you! Well, only one thing-and by the standards that this game has reached, the demand is not all that complicated! It's quite simple: Destroy The Godmodder.TT2000

Outside of creating Destroy the Godmodder, TT2000 is known for attacking instead of charging. (However, the charges he does make have tended to be powerful and notable, such as the 100-Post Cannon and the Player Containment and Holding Unit.) He is also known for his collection of bows, for the various quests he forced various enemies to go on, and for commanding the Noob Army.

Currently, TT2000 is running the flagship game of the Destroy the Godmodder rebooted series on an unknown forum.

TT2000's symbol on Bill Cipher's Zodiac is Broken Bow, which represents the bow alchemies he made throughout DTG2.

TT2000's theme is Starkind from Land of Fans and Music.

At some point after TT2000 purchased Minecraft, he created his own server known as GenericCraft. It wasn't immensely popular, but had a steady playerbase, one big enough that people would actually care if it was deleted. It also gained a steady team of mods and admins, and various plugins were built on it.

When the Godmodder appeared on GenericCraft, the Operator entered TT2000's body, giving him the power to control the Narrative. Since TT and the staff were too lazy to do anything about the Godmodder themselves, TT took to retelling the battle through a forum game and manipulating the story in an indirect way, which became Destroy the Godmodder itself.

Ultimately, TT2000's tactics were successful. Although he stepped down from owner of the server during the war, thanks to his guidance and forum game, the Godmodder was killed and he left GenericCraft for good. TT2000 then returned to being a normal Minecraft player as the Operator searched elsewhere.

TT2000 was one of the first players to fight the Godmodder on GodCraft. He started a whopping 100-post charge, going on the quest of the Player in GodCraft. He progressed through Survival Mode, ultimately killing the Enderdragon and the Wither, and creating the 100-Post Cannon at the end of the charge.

He progressed through the rest of Act 1 and the early stages of Act 2 without charging, only making attacks. He did start alchemizing a set of bows, however, such as the fabled Starry Night. During Act 2, he charged up the Player Containment and Holding Unit, using it to capture TwinBuilder and force him to damage the Godmodder.

On April 1st, TT made a long attack that put the Godmodder on a massive quest to reach a treasure. However, predictably, the attack was a huge April Fool's prank. The Godmodder was so enraged by this that he only said the word "heh" for thirteen days, leading up to the creation of Calamity on 4/14. TT then used the 100-Post Cannon on Calamity, damaging him and stunning the Godmodder, who was damaged and snapped out of Psychopath Mode.

In DTG0, TT2000 fought on the side of UserZero, later switching to the GodSlayers. 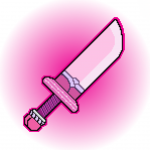 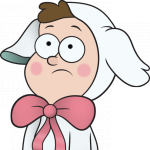