talk talk talk, and yet who’s wearing the omega plus glove?! who’s the only one here!? first. last. and ONLY.UserZero

Hera Grayale was friends with Richard, until she was pushed down the stairs by him when they were five. The resulting injury permanently crippled her, leading her to turn to Godmodding as a method of feeling powerful in another world.

UserZero is the main antagonist of DTG0. She fights against the Godmodder (known as Godmodder477 or Richard in this game) to stop him from getting to Omega+ rank. Her threats to kill the Anti-Zeros at the beginning of the game backfired when Richard convinced large numbers of them to join. As a result, the Pro-Zero faction is extremely tiny.

Despite this setback, Uzi and the PZ faction are very powerful, being more than capable of taking on anything the AZs and the other factions can throw at them. Uzi has summoned both Terrors and Gatekeepers to the field in order to block the AZs' path. One of Uzi's goals in the war is to keep the Anti-Zeroes and Gottestöters away from Yggdrasil for unknown reasons.

At the end of the war, Uzi was presumably killed by the Godmodder, who took her power and ascended to Omega+ rank. For her crimes against existence, Uzi was sent and exiled to Limbo.

After the events of DTG0, UserZero spent an eternity in Limbo, wandering its halls along with all the other godmodders while trying to find a way out. Their powers could not breach the Gate of Limbo, but when it was opened by the Council of Nine during Trial 4, all the godmodders the Godmodder had killed escaped it, along with the Descendants and Flumpty Bumpty.

UserZero became the de facto leader of this "Legion of Godmodders", and they swore to get revenge on the Godmodder, wherever he was. They tracked him down to GodCraft and learned of his plan to free the Red Dragon and destroy the universe, creating a portal to head to GodCraft right at the start of Trial 6. The Legion told the Descendants how to target the Incarnate's weak points and take it down efficiently.

The Legion was a crucial force in ultimately defeating the Incarnate, and the godmodders that were left - including UserZero - ended up letting the Descendants have the final blow on the Godmodder, departing to places unknown. 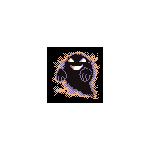 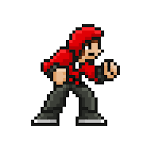